Blanca Miró: “I combined my first USM with vintage pieces from the 60s, 70s and 80s”

Ever since her mother, interior designer Rosarietta Scrimieri, chose USM furniture to decorate her father Carlos Miró’s first offices, the famous modular system has accompanied Blanca Miró wherever she has gone. She bought her first piece of her own when she moved out of home and is now expanding her private collection, in all colours, in her new residence in Barcelona. We pay a visit to discuss how the industrial design has been capturing the heart and interest of the it girl of the moment.

Blanca Miró can be described as restless and versatile. “I simply can’t stop creating and designing things every day,” she tells us. She is involved with a huge number of projects and, most remarkably, manages to never get stressed. She has the great fortune of being able to be herself, and of loving doing so. Because when you meet her in person, you discover that Blanca has even more charm than she does on screen. A special charm that makes her stand out when getting dressed, laying a table, putting a loaf of bread on her head as a hat or creating outfits for her brands.

Blanca established the fashion platform Vasquiat, which recently opened its first physical store, in cooperation with her partner Rafa Blanc. She is also the creative director of the successful clothing brand LA VESTE, working hand in hand with María de la Orden, whose naïve style the big companies try to replicate. Just a year ago, she launched the sunglasses brand Delarge with another of her close friends, Olivia Álvarez; a breath of fresh air cooked up in the midst of the pandemic. She also has a parallel account on Instagram, @blanca_a_table, where she has fun creating imaginative table settings.

On a personal level, Blanca has just had a fairytale wedding in Menorca, Spain, wrapped in layers of tulle with a Dior haute couture dress, an angelic white cape and Loewe shoes with charming cracked-egg heels. It couldn’t have been any other way. Blanca style.

Back in Barcelona, an impressive 670 m2 residence is unveiled in a period property in the uptown area of the city. Vintage treasures rescued from flea markets live here in harmony with great contemporary design icons signed by Le Corbusier, Castiglioni, Prouvé, Coderch, Milá or the Eames. And among them are striking pieces of USM furniture to which Blanca has given a new perspective.

Despite only being half way through, this is seemingly a big year for Blanca.

Your professional career has always centred around the world of fashion. In recent years though, we’ve seen a growing interest in other disciplines, such as décor, table dressing or industrial design. Do you think this awakening of new interests, this move from fashion towards other design disciplines, is a transition that has occurred as a result of maturity?

I’ve always been surrounded by people with a certain interest in aesthetics, like my mother, who is an interior designer, my father, who was committed to the automotive world, and my sister, who is also a designer. As such, I inadvertently ended up liking everything to do with aesthetics, such as décor and table settings.

My mother has always kept an immaculate house and loved creating beautiful table settings for guests. I guess this all rubbed off on me – and I matured of course.

As I enjoy interior design, I regularly accompanied my mother when she was buying furniture for clients and saw the process from a home as a blank canvas to the finished product. Through the combination of seeing various of my mother’s projects and my own personal growth, I arrived at the field of industrial design, which I never thought I’d love so much. For me, the key is in organically combining designs from different eras and movements to create unique results.

We’ve seen several of your homes through social networks. Your current one is the third. I suppose each one has reflected a different stage of your life. Are there any design pieces that have always accompanied you?

Always, always, no. What I can tell you is that since moving out of my parents’ house, the red Soriana de Tobia Scarpa (Cassina) sofa has gone everywhere with me.

Have you had to do any renovations?

Not yet. We were lucky enough to get our hands on this apartment just after it had been refurbished so it’s immaculate. We may well end up doing some minor renovations in the future.

What do you like most about your new home?

I like having space. I like the fact that it only took a few days for it to feel like home. And I like the fact it’s a home with lots of character. Every corner is unique. What’s more, it has a good vibe, which is the most important thing for me.

On this occasion, did you choose the furniture yourself or in agreement with your husband Javi?

We jointly chose everything we’ve used to decorate the apartment as it’s important that it’s a home for both of us. I’ve turned Javi into a fan of colour in our home – and he’s got me to tame my craziness and be a tad more minimalistic. Nevertheless, we’ve both still maintained our styles and preferences, and brought them together harmoniously.

Have you had any help from an interior designer?

We’ve done everything between my mother and us.

You like combining design icons with vintage furniture. Where do you usually find these treasures?

Travelling and wandering into shops, visiting flea markets in France, and also online on platforms like Pamono, Selency, Catawiki and others.

You’ve got your very own dress sense, which greatly defines you. Would you say that certain parallels exist between that and the interior design in your home?

I imagine so as I guess my entire universe is related.

We can see various industrial design icons. And amidst them, USM furniture. How did you discover the brand? Can you remember the first time you saw it?

I discovered the brand when my mother designed my father’s first offices in Barcelona. She chose USM for almost every area. I was still very young at the time but as I grew up and started to value the world of interior design and learn about the history of each piece, I dared to add my first USM combined with vintage pieces from the 60s, 70s and 80s.

Just like with your outfits, you opted for USM’s boldest colour range. Yellow bedside tables and chests at the foot of the bed, a ruby red serving cart and blue display cabinets… Aren’t you afraid of taking that level of risk?

Not at all as, ultimately, they’re pieces that you can add to or get rid of whenever you like as they’re modular. You can also change the colours.

If you had to customise a piece of USM furniture, what do you think you’d do?

I’d make one in all the colours. I saw something like that somewhere once and found it great fun. Some multi-coloured shelves for a hallway or a child’s bedroom. I may just venture to do that one day in the future.

Many thanks to Blanca for our fascinating discussion. 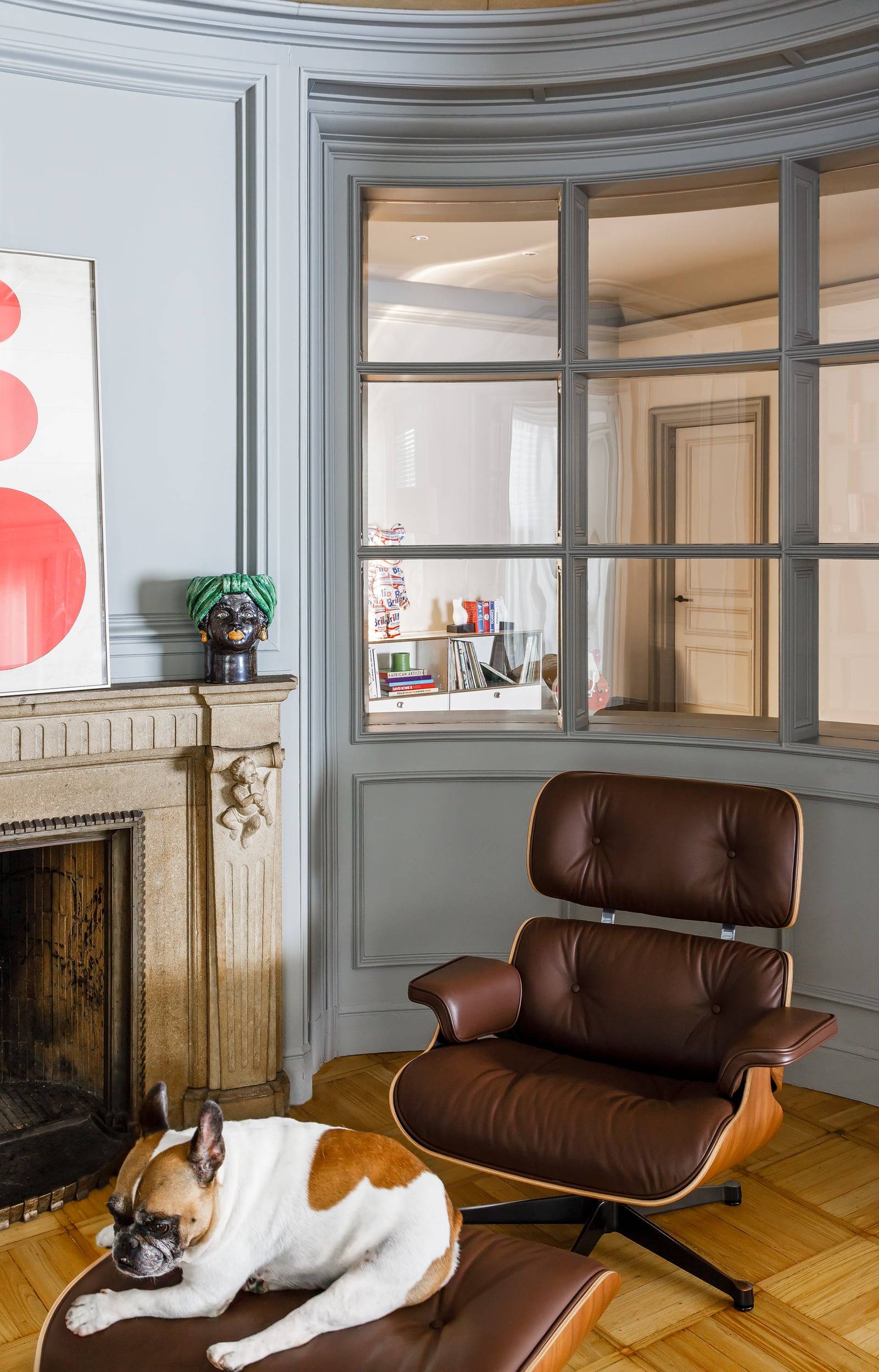